Club History | Shenfield CC
Would you like to play for SCC?

This was taken during the Inaugural Season

Shenfield Cricket Club was founded in 1921, the ground then being located opposite the Rose Inn.

The objectives of the Club are exactly the same as when founded in 1921, and they are to provide facilities for the playing of cricket and such other ancillary activities, for the benefit of the members.

The Club moved the pavilion to the top end of our present ground, adjacent to the Courage Playing Fields in 1931. Here's the invoice for moving the pavilion! This invoice was kindly sent to us by Jocelyn Norden, whose great-uncle, George Hedley New, was the addressee. Jocelyn also made us aware of an item in the parish magazine of St. Mary's, Shenfield, in June 1979 which said
"Shenfield Cricket Club owes its existence to the initiative of Mr New and, to this day, the clock which was the Club's memorial to Mr. New is displayed outside the pavilion whenever a home match is being played. As a further tribute, Miss New herself was made an Honorary Life Member of the Club."

There are a few other photos of the early days in the at the bottom of this page.

The name of Courage has been synonymous with Shenfield Cricket Club since its inception, Raymond Courage being President until his death in 1952.

The mantle was then assumed by his son, Richard Courage, until 1978, when heavy business commitments as Chairman of Courage Breweries and an increasing level of civic duties led to him relinquishing his presidency. Richard Courage invited John Burrows to become our President and he remained in this position until his death in 2008. Read the article about John.

Michael Wright was elected as President in 2009, when he had been at the club for 60 years. He started very young, as spectator, then scorer! He went on to play and was Captain of the Saturday and Sunday Elevens, but eventually returned to scoring for the Saturday 1st XI as well as being Ground Manager and League Delegate, right up until his sudden death on April 30th, 2017. Peter Rider was elected as the new President at the AGM in December 2017.

The Club has good reason to be grateful to the Courage family, since at the time the Courage Playing Fields were gifted to Brentwood Council, a request was inserted that whilst a Shenfield Cricket Club was in existence, it should have the use of the ground that we now occupy. It is therefore apparent why the Club emblem is the 'Courage Cockerel'.

The original pavilion was used until 1967, when a new pavilion was built after much fundraising, ready for the 1968 season.

An extension was added in 1996, partly funded by a grant from the National Lottery and it was officially opened by the Rt. Hon Eric Pickles MP.

The Original Pavilion in 1948, at the top of the ground, before the verandah was added 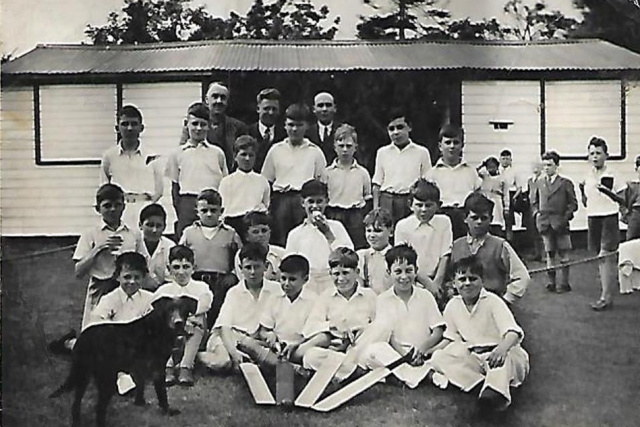 Original Pavilion after the verandah was added. The small hut was the toilet – with no plumbing! 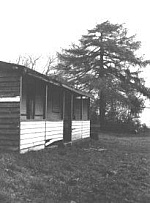 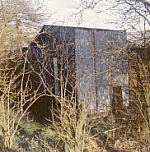 The New Pavilion (before the extension) 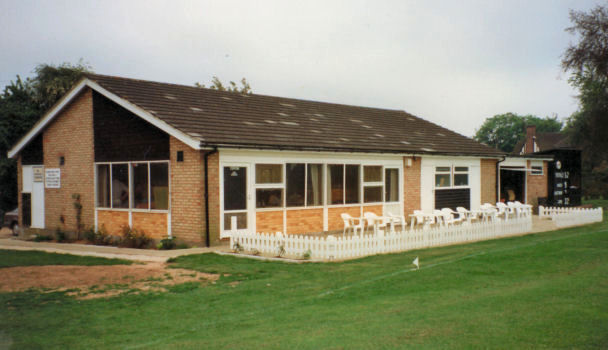 The Official Opening of the 1996 Extension 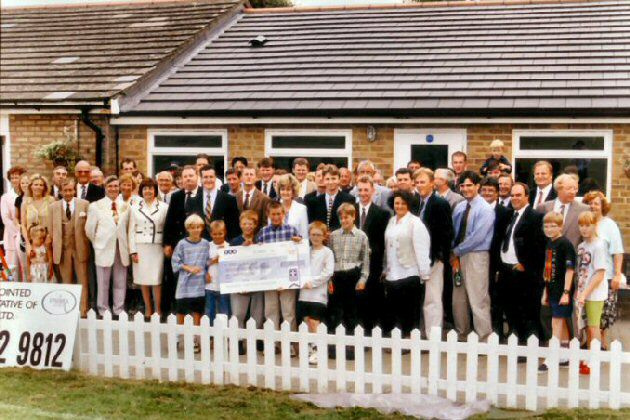 The Pavilion as it is today 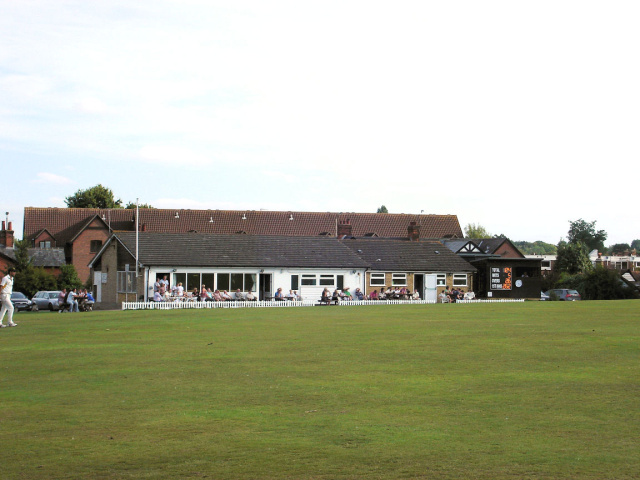