John Burrows | Shenfield CC
Would you like to play for SCC?

John passed away peacefully on 15th June 2008, leaving son, Roger, daughter, Nicola and five grandchildren, two of those being Shenfield players - Phil and James Prior. He will leave a huge gap, not only in their lives, but in the lives of all his cricket and golfing friends, as well as those of a non-sporting persuasion.

He had been plagued with health problems for some years, but was never heard to complain. He just got on with life as best he could and had a smile for everyone.

John was a member of Shenfield Cricket club for more than 50 years. He wasn't just a member - he was totally involved in the club, as was his beloved wife, Greta, who sadly died in 2003.

John was a true gentleman- always immaculately turned out, unfailingly polite and with a genuine interest in anyone and everyone involved with the club.

A light-hearted paragraph from Tom Gray's review of the 1978 season actually sums up John quite well. Here's what it says:

And so to our leader, Chairman John Burrows, who retains his cool on all occasions, which is surprising when considering all he has to put up with. For whether it is being dragged out on a frozen winter's morning to examine a break in, being pressured by the local constabulary to close the bar on pavilion lettings, to slag off the entire board of Courage Breweries, or to convince Alf that it must be someone else's duty to empty the chemical toilets when he is entertaining the captain of Essex in his city suit, John retains an air of unruffled calm and reflects the pensive character of a Condor smoker. Long may he reign! 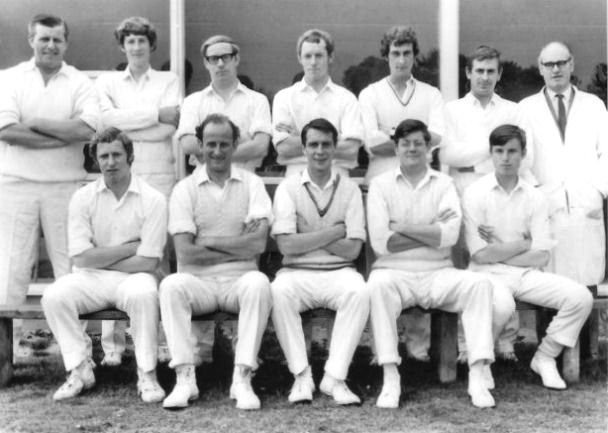 Farewell match in 1968 for Phil Robins who was emigrating to Adelaide.
John and Phil stayed in close touch during the following 40 years. 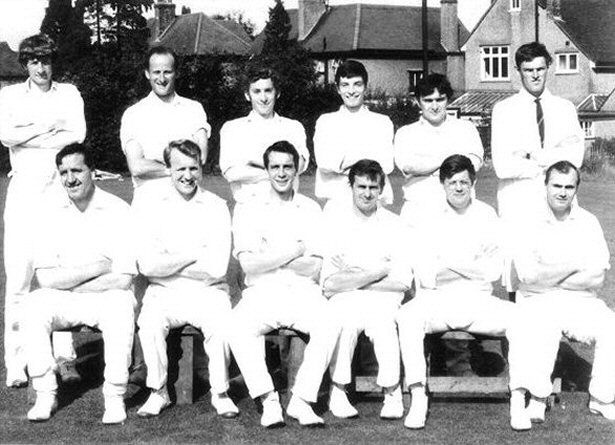 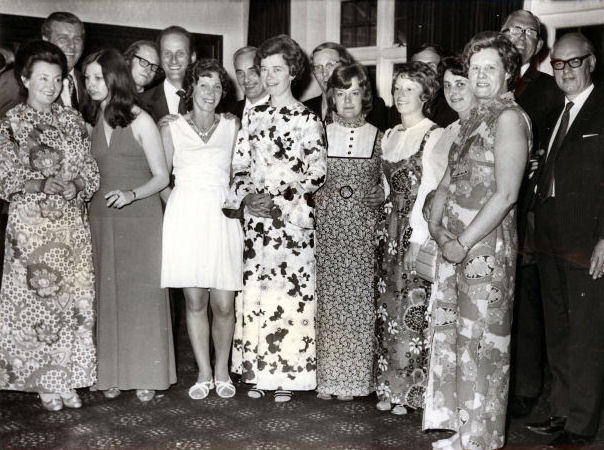 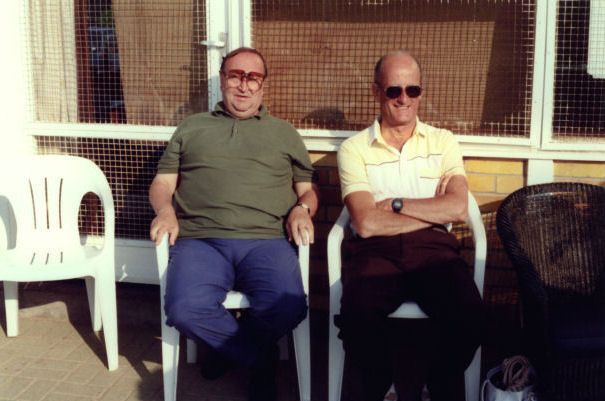 1996 Shenfield won the prestigious Bertie Joel Cup
and John was there, as always, to give his support 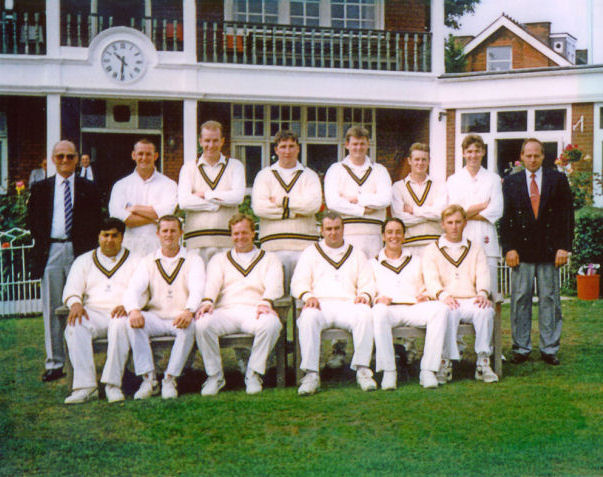 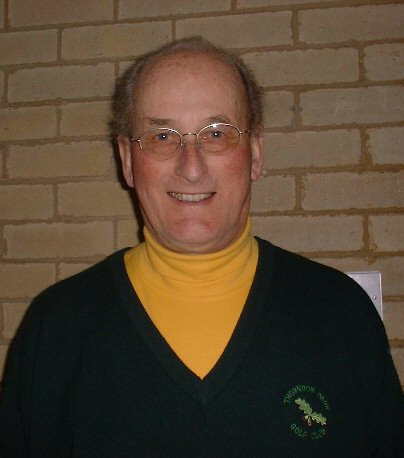 As always, a ready smile from John 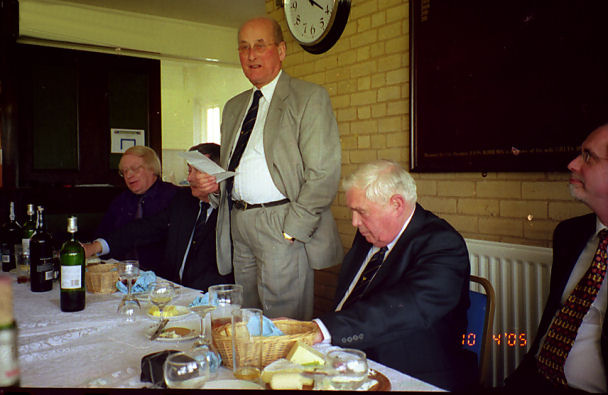 John, as usual, made an excellent speech

May 2007 The official opening of the new scorebox,
to replace the one destroyed in a storm 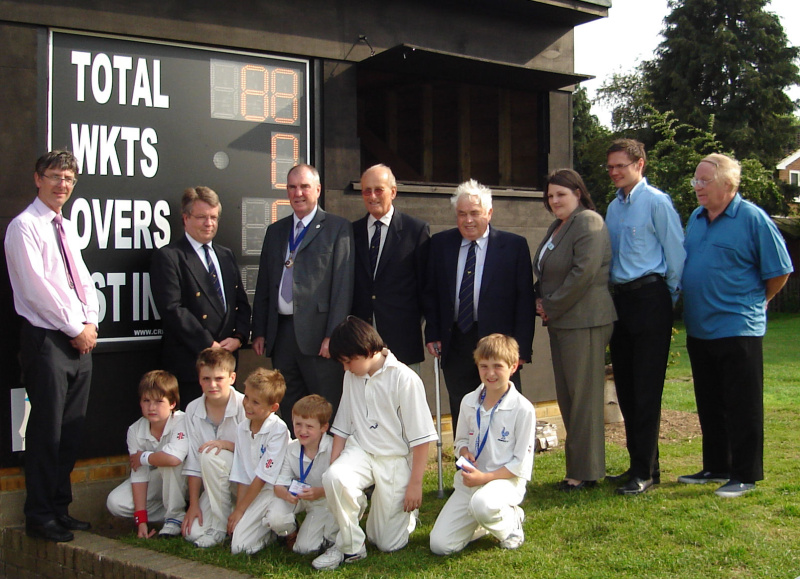 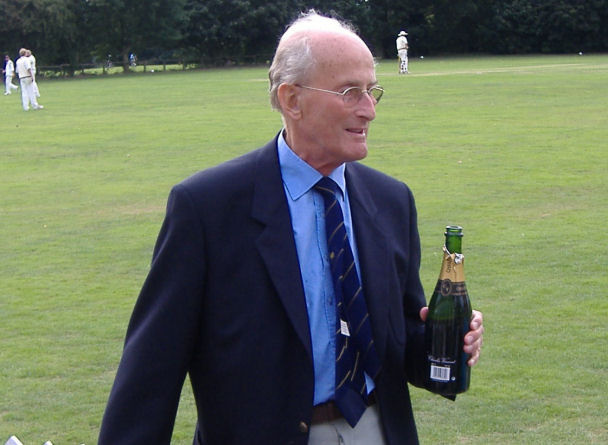 John enjoying himself on his special day!

John and Greta's son, Roger, and daughter, Nicola, planted a cherry tree
at the edge of the ground, in memory of their parents.
Bill Hindley crafted a beautiful bench to sit alongside the tree. 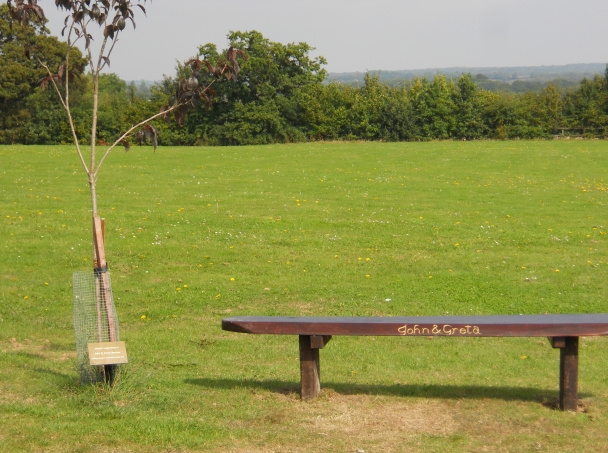 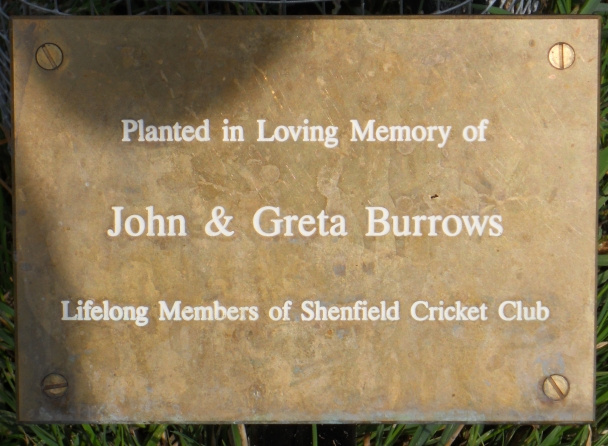